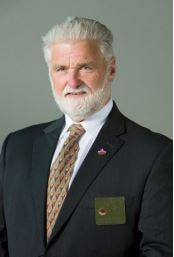 ​
(Sep 9, 2021) Rich Wilson, Immediate Past Region IX Vice president, passed away, from COVID delta, on Tuesday September 7th.
​
​Steve Roy, Washington Federation President, has expressed condolences to his wife Christine on NARFE’s behalf and he is working to assist her through this difficult time.

Steve provided the following information:
"Rich was a veteran and proudly served in the Navy on the USS Springfield and will receive a military service with a US Flag, color guard, Presidential certificate and a gun salute.

Rich also retired from the US Post Office as a Marketing Manager. 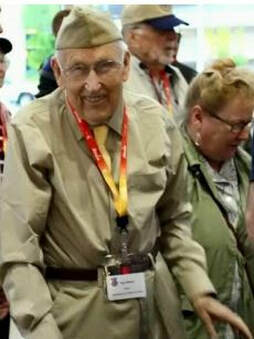 Congratulations and Happy 100th Birthday to NARFE member Lester Ames, Spokane Chapter 32.
May 2019 -- Lester J. Ames, a member of NARFE Chapter 32 since September 1977, will turn 100 years old on April 22, 2019.  A bit of research and math reveals that Lester was born on a farm in Hand County, South Dakota in 1919, about 5 months after the end of World War I. Lester has many fond memories of family life on the farm, including:  being the first in their rural community to have a radio, often listening to evening programming with family; traveling in a horse-drawn buggy to their distant neighbors and local town; finally getting their first car when he was six; riding to school with his siblings, a sister and three brothers, during winter in a home-made, horse-drawn toboggan known to overturn on occasion; and as a teenager, yes even consuming some nasty-tasting “spirits” provided by a local bootlegger!

After high school, Lester worked at a chicken hatchery during a short time at South Dakota State College, and ironically, it became a career-long association. He met and married Marie (Berkolo) in 1940. They lived on $13/week until a traveling poultry inspector from back east offered him a “gov’ment” job which he took in 1943. Drafted by Uncle Sam in 1944, he found himself on the front lines with the U.S. Army’s 6th Infantry Division in the Philippines for a short time before the war ended. His experience led to a life-long bond with the Philippines. After discharge, Lester returned to Marie and family and to the poultry inspection job with the USDA, Food Safety & Control. They moved to Spokane, WA in 1963, and Lester continued his federal career until retirement in 1981.

Lester and Marie traveled throughout the US, including Alaska, missing only four states. They also journeyed through Canada and Mexico and made two trips to the Philippines. Lester’s income from working another 10 years as a “go-for” at Old National Bank helped fund their extensive travels. In addition to family and work, much of Lester’s life was spent volunteering with civic and philanthropic organizations, including Worldwide Relief, Meals-on-Wheels, and his church just to name a few.

So where does NARFE come in?  Although Lester joined NARFE in 1977, things didn’t go too well at the first couple of meetings that he and Marie attended.  He noted that everyone was dressed up – suits, ties, etc. – and no one bothered to introduce or even talk to them.  Being of a more casual nature, they didn’t attend again until the 1990’s when the atmosphere was more relaxed.  But he certainly appreciated all the NARFE does for employees and retirees, especially the help provided when a family member passes away.

Marie died in 2006, after 66 years of marriage. Their family legacy includes 3 children, 12 grandchildren, 28 great-grandchildren, and recently, 3 great-great-grandchildren! Lester continues an active life with community involvement in Sons of Norway and other Scandinavian organizations, regular exercise, and stitching needlepoint canvasses with Scandinavian themes, a pastime he continues to this day. The Scandinavian interest is due to Marie’s heritage, not his own according to Lester.
google-site-verification=NSlBLJdYubHQ8f3ZNxainoPY1xjxazeqTpTPgqerLHs